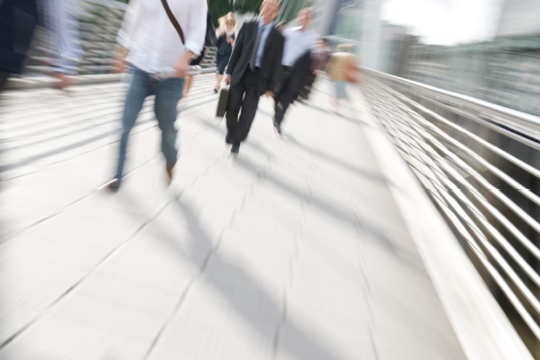 Benign Paroxysmal Positional Vertigo (BPPV or BPV) is a disorder of the inner ear that effects individuals’ sense of balance especially in older people.

Benign: means not serious cause

Positional: meaning onset is induced by change in position

Vertigo: is the medical name for Spinning sensation felt

As part of the vestibular system, there are calcium carbonate crystals (known as otoconia), which are normally attached in a thick jelly like substance. In cases of BPPV, these crystals can detach from the jelly like substance and migrate to any of the three semicircular canals. Each ear has three semi circular canals and there job is to detect which direction your head is moving in. Once inside one of the three canals, the tiny crystal particles then move around in the canal.  The particles brush along the delicate hairs that line the semicircular canal. This in turn sends messages down the vestibular nerve. These extra nerve messages sent from the affected ear conflict with the normal messages sent from the other unaffected ear. The brain becomes very confused and reacts by causing intense dizziness.

The posterior semicircular canal is the canal usually affected and is generally seen in only one ear.

The most common treatment option is called an ‘Epley manoeuvre ‘or canalith repositioning manoeuvre. Physiotherapist can treat this condition by moving patient’s head through a number of different head and body positions holding each position for about 30 seconds. The aim is to re-position or relocate the crystals out of the semicircular canals, where they will be re absorbed by patient’s body. It is normal for patient to feel dizziness symptoms during or residually lasting short term following the treatment.

Post Epley manoeuvre the following recommendations are advised in order to allow the otoconia to settle into their new position in the vestibule.

Many individuals have complete resolution of symptoms in one to three treatments. A home exercise program is usually provided to guide self-management and reduce the chances of dizziness or vestibular symptoms associated with BPPV from returning anytime in the future.

If you currently have symptoms please contact My Physio My Health practice in Adelaide to book an appointment with one of our vestibular physiotherapists who will be able to assess your inner ears and put together a treatment program.